Considering the current situation in the European system of central banks, there are no doubts that the year 2013 will be very dynamic. Since over the past several years that area is overloaded with problems there could be questioned whether the banks will tend to form any sort of cooperative union or they will slide into further disintegration. What should first be observed are the steps taken to solve financially critical issues. 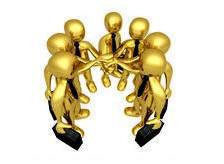 During the summer there were several developments in the field of crisis management by the political class of the Eurozone, but from the end of September, it seems that all hope of recovery for the euro has been a waste of time. The fact is that the crisis of the euro as a currency is in progress. Among the events meant for the rescue of the single currency are the direct recapitalization of banks and the activation of the funds of the European Stability Mechanism to save the most problematical countries of the Eurozone. It all goes on under the big impact of the approval by the German Constitutional Court of the fund ESM and the situation where the option that was the most pro-euro won the elections in the Netherlands. Another fact to observe is the launch of the program of the Outright Monetary Transaction.

Considering the supervision of the banking system, there cold be noted that Germany and its partners would like the supervisory role of the European Central Bank that would be restricted to a limited number of institutions, giving more importance to international banks. Besides, according to this standpoint, it would be more appropriate that the fund ESM departed only once the supervisory body was activated, and then further delayed. As a final point, the finance ministers of Germany, Finland and the Netherlands argue that there should be no form of mutual debts. What has been pointed out is that the biggest problem is the austerity. It was confirmed with the fact that the potential of the OMT remained unexpressed until the governments do not agree to all the conditions that this implies. Another issue is that the conditions are unknown, so the whole situation increases the need for the austerity, but it is still unknown to what extent. In Greece the situation is rather fragile, since so much so that the International Monetary Fund has intervened in the matter, which complicates the situation even more because too much austerity is bad for economic recovery.

The question is what benefits the bank union would give. To save the life of the single currency, the most reasonable solution would then be to create the banking union quickly, or, at least, make real progress in that direction. In this way, the European Central Bank could become supervisor of the entire banking system of the euro, a single resolution system for insolvent banks, a single system of guarantee funds and deposits. The banking union is a necessary step to restore the monetary transmission mechanism of the Eurozone which was damaged by the bad relations between governments, banks, national banks and debt.

In addition, to save the euro there should be created conditions for the resumption of growth and restructuring of the debt of insolvent governments: Greece, Ireland, Portugal and Cyprus, but possibly also Spain, Italy and Slovenia. The labors of austerity in the peripheral economies and those to save the nations at the core of the economic system of the Eurozone imply that the ECB’s control of the euro is the only one that can fill the gap that exists between public debt and the national banking system. However, any attempt to change the situation actually places the ECB system in the role of being able to provide the right help on a large scale that would result in the release of the “strong” by the single currency, which instead should reject the role of the ECB as its all-time rescuer.